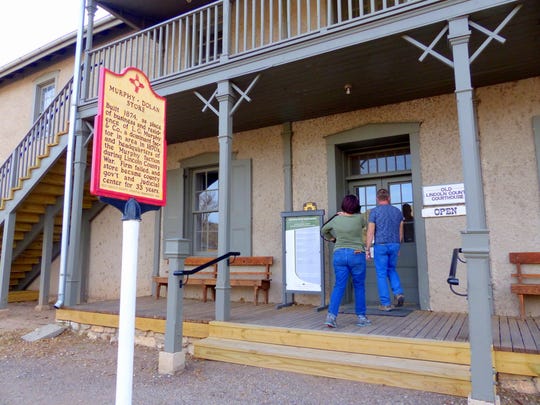 The old Lincoln County courthouse in Lincoln later served as the jail to hold Billy the Kid, but he escaped after killing two lamen. Bullet holes are preserved in a wall. (Photo: Dianne L. Stallings/Ruidoso News)

By providing free day-use admission to state parks for foster parents and children in the custody of foster parents, the New Mexico State Parks Division of the Energy, Minerals and Natural Resources Department is fulfilling its mission of creating a safe outdoor space with educational opportunities for more New Mexico residents, officials said in announcing the effective date.

“New Mexico State Parks supported this legislation during the session, and I enthusiastically added my signature updating our rules to allow free admission for foster families,” said EMNRD Cabinet Secretary Sarah Cottrell Propst. “This legislation will open up the outdoors and our many vibrant cultural sites to more New Mexicans which is a top priority for this administration.” 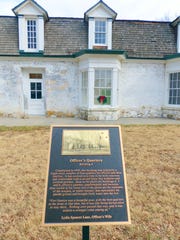 “Our state-run museums and historic sites are also offering free admission to New Mexico’s foster care families who do so much to support children in need,” said Debra Garcia y Griego, Cabinet Secretary for the New Mexico Department of Cultural Affairs. “Providing a sense of place, community and history, we hold a vast collection of cultural treasures which now will be easily accessible to New Mexico’s foster families.” 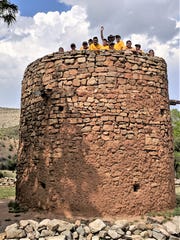 Scouts climbed to the top of the torreon,at the Lincoln State Historic Site, where settlers retreated to shoot at raiders. (Photo: Courtesy/Andrew Taylor)

Please enter your username or email address. You will receive a link to create a new password via email.